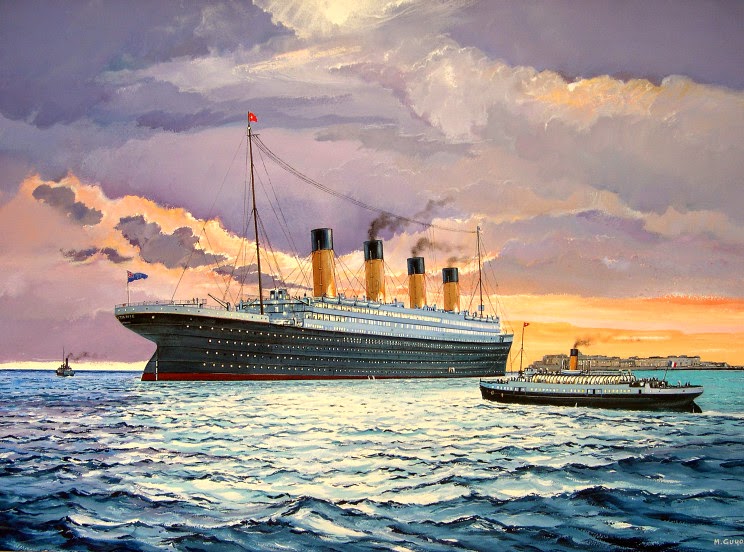 Wednesday, April 10, 1912
Sunset
After leaving Southampton, and traveling 77 miles to the south across the English Channel, Titanic arrives at Cherbourg, France. Titanic was so large that she had to ride at anchor in the deep water because the docks were too shallow.

So the White Star Line ordered 2 tenders to be designed and built by Harland and Wolff to serve the Olympic Class ships. These tenders were named, Nomadic and Traffic. They were assigned to ferry passengers, luggage, and mail bags from the Cherbourg docks to the much larger ships. Nomadic, served the First and Second Class passengers, while Traffic served the Third Class.

By 8:30pm, Titanic is ready the leave Cherbourg. She rises anchor and turns to the north. Her lights sparkle against the night sky as she sails back into the English Channel.

Nomadic still exists today. She is the only surviving White Star vessel.