Bruce Ismay Turns His Back On Titanic

J. Bruce Ismay, managing director of the White Star Line and owner of Titanic, turns his back to the ship and refuses to see her go down.

The following is an excerpt from the American inquiry that took place in New York a few days after the sinking. The inquiry was preceded over by Senator William Alden Smith...


Senator SMITH.
Mr. Ismay, what can you say about the sinking and disappearance of the ship? Can you describe the manner in which she went down?

Mr. ISMAY.
I did not see her go down.

Senator SMITH.
You did not see her go down?

Senator SMITH.
How far were you from the ship?

Mr. ISMAY.
I do not know how far we were away. I was sitting with my back to the ship. I was rowing all the time I was in the boat. We were pulling away.

Senator SMITH.
You were rowing?

Mr. ISMAY.
Yes; I did not wish to see her go down.

Senator SMITH.
You did not care to see her go down?

Senator SMITH.
I understood you to say a little while ago that you were rowing, with your back to the ship. If you were rowing and going away from the ship, you would naturally be facing the ship, would you not?


No; in these boats some row facing the bow of the boat and some facing the stern. I was seated with my back to the man who was steering, so that I was facing away from the ship. 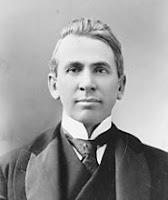 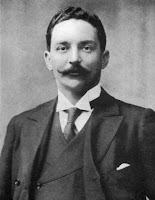