Stuck in the ice a few miles away, officers aboard the Californian count five rockets that have been fired from a ship out in the distance. 2nd Officer Herbert Stone and an apprentice named James Gibson both agree that the distant ship maybe in distress. Stone contacts Captain Stanley Lord who has been napping in the chart room, and informs him about the situation. Captain Lord suggests trying to make contact by morse lamp and to let him know when they get an answer. As the officers signal, they notice that the distant ship's lights are disappearing. They assume the ship is steaming away. 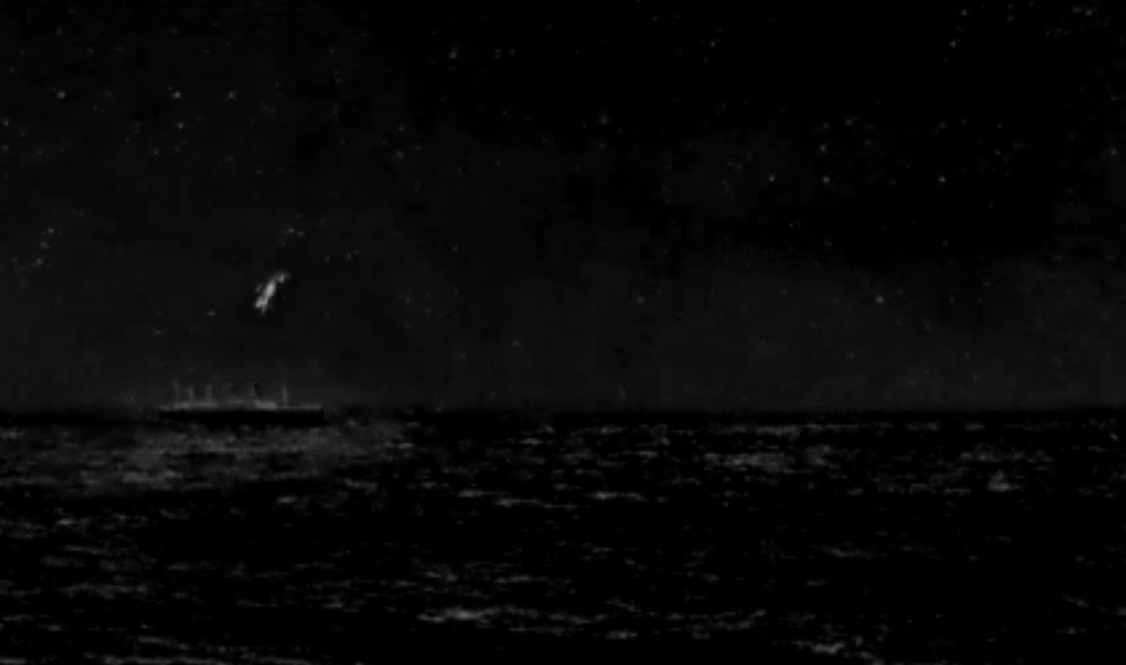