Like the Olympic, Titanic's safety features set new standards for marine technology. Titanic was equipped with a double bottom or a double plated keel, which means there was a watertight space between the keel and the lowest deck of the ship. This was primarily for safety and secondarily a storage for water ballast. 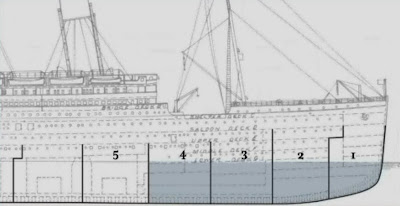 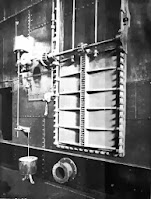 If the hull were to be punctured in one or more places, watertight doors could be closed automatically from the bridge, and powerful pumps could empty each compartment before the water could reach the top of the bulkheads.
The watertight bulkheads were not sealed at the top, because the designers considered it to be unnecessary. Based on the high number of compartments that would have to be breached, water should never reach the tops of the bulkhead walls.